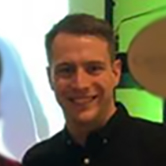 I began coaching in 2016 after competing at national level as a swimmer. As a swimmer I competed for both Kilkenny and UCD. While completing my BSc in Sport and Exercise Management in UCD I stopped competing in my final year and made the transition to coaching the same day. While completing a masters in coaching science I continued to coach in UCD while also volunteering in Kilkenny swimming club. During this time I also completed my level three coaching course with Swim Ireland.

After my masters, I became an assistant coach for Kilkenny for the 2017/2018 season and in April 2018 I became head coach of the club after the previous head coach went to work abroad. During my time at Kilkenny I coached two swimmers to the European Juniors. The team won a record haul of medals at my first Division 1 competition as head coach, with 33 medals including 15 golds. As well as this during my time in charge, swimmers I coached achieved Irish Junior records in individual and relay events as well as numerous national titles at the Irish Open and Irish Short Course Champs.

I began coaching with Limerick Swimming club in the 2019/2020 season as well as working with the Limerick National Performance Centre as senior assistant coach.